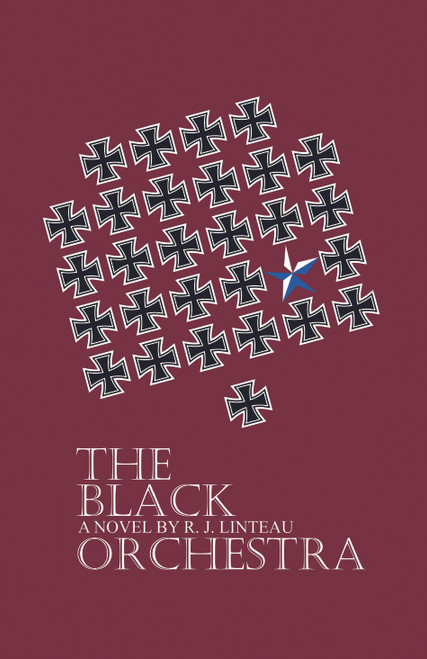 In 1944, Father Jonathan Strauss lives a quiet, contented life as a parish priest at New York’s famed St. Patrick’s Cathedral. He thinks he has avoided the horrors of World War II: horrors he knows all too well serving as a German soldier and then espionage agent in the Great War.

But the U.S. government has other ideas. His past has given them fodder for blackmail, forcing him into a dangerous mission that places him in the center of an attempt to assassinate the Führer, Adolf Hitler. The Black Orchestra, a clandestine group of Weimar politicians, military men, and aristocrats, have vowed to kill the sick, maniacal leader of their beloved country.

Little does Strauss know that his acceptance of this mission will send him on a journey into the bowels of Hell. All of the evils of the Third Reich are revealed to him as he travels from Italy to France, onto Berlin, and then finally to the Wolf’s Lair in East Prussia. As the priest-turned-spy comes face to face with true evil, he is forced to come to terms with his unsavory past.

Based on real events, The Black Orchestra is a heart-stopping thriller that will entertain from start to its astonishing finish.

R. J. Linteau’s inaugural novel, The Architect, is available in bookstores and on Amazon and Kindle. He has also written two screenplays and a number of short stories. In high school, he wrote short stories that he sold to fellow classmates for a senior English assignment. It turned out to be very lucrative.

Linteau lives in Marietta, Georgia with his wife. He has two children and two grandchildren. He and his wife enjoy traveling to Europe and vacationing in Key West, Florida and Saint Simon’s Island, Georgia.

The Life of a Black Man - eBook

Happiness Is Your Responsibility: Peggy’s Playbook of Motivational Moments - eBook