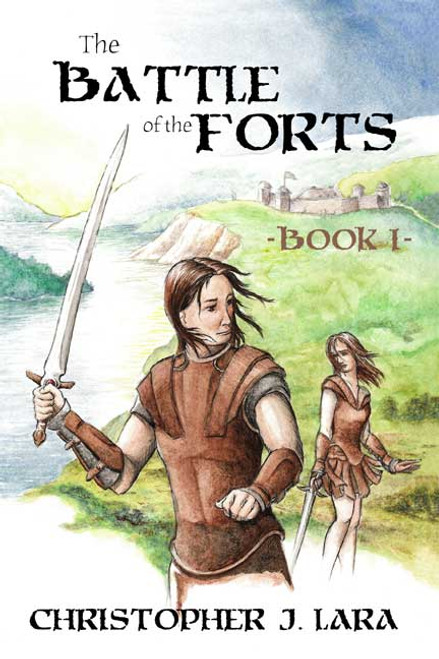 by Christopher J. Lara The great battle between good and evil lives and breathes in this opening book, the saga of The Battle of the Forts. Around 1184 A.D., two strong-willed countries engaged in war one, to protect itself, and the other, to take over. Daloria and Paloria, good and evil, fought to the deaths and would do anything to win. After Captain Bornaglo and his successor, Aradogo, both succumb to their deaths at the hands of the evil Palorians, the Dalorians new leader, Sintarge, leads whos left of his men to find more recruits. After arriving in Gongorlinith, he comes upon Blaze, a young, spirited, vehement kid looking to join the Dalorian army and protect his people. After he is made leader of a section of the army, Blaze guides his army as they engage in battle with the Palorians, and he meets Persais, a fierce but beautiful girl about his age who is captain of another band of Dalorians. What will become of the Dalorians? Will they surrender to the Palorians or win in battle? ABOUT THE AUTHOR Christopher J. Lara is a sixteen-year-old high school student beginning his writing career with The Battle of the Forts series. He is from Upland, California. Christopher also enjoys playing the alto sax, composing music, and spending time with his friends in his band. His favorite musicians include James Horner and Hans Zimmer.
×

A Book of Inspiration: I