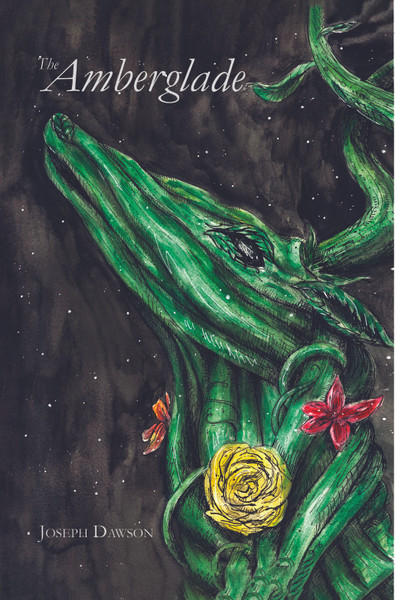 The Amberglade
By Joseph Dawson

For hundreds of years, dwarves, elves, and humans have lived in relative peace in the realm of Llawen. Jafar, a stone elf, and his family live a quiet, simple life on the outskirts of Alderhalls, a city in the human-majority country of Yumaz. Their home is soon plunged into darkness, however, by the return of an ancient enemy. A vampire cult is hell-bent on destroying every living being in Llawen, targeting Jafar’s family and causing him to have surreal dreams. Banding together with an unconventional band of friends, both old and new, he is determined to defeat the darkness threatening the people he loves. First, though, he must figure out the mystery of his heritage that places the future of Yumaz, and all of Llawen, in his hands. Along the way, he will discover that anyone can become a hero, no matter who they are or where they come from.

About the Author
Joseph Dawson grew up on a farm in a small town in West Virginia, where sticks were swords and the forest behind his house was a fantasy world. Living in the middle of nowhere allowed his mind to run wild, and it didn’t take him long to realize his passion for storytelling. He began writing The Amberglade at age 17 while still in high school and finished when he was 19. Before graduating in 2018, he played for his high school’s basketball team, coached little league baseball, and participated in theatre and the technology student association. His father is a preacher for a small Baptist church, and his mother is a middle school secretary.