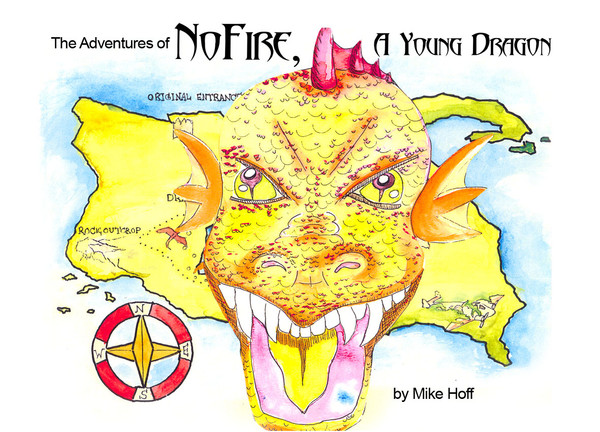 The Adventures of NoFire, a Young Dragon
by Mike Hoff

Nooly is one strange dragon: Among the Fire family, he alone has not shown any ability to breathe fire. Hence, family and friends would rather call him No Fireor NoFire. It doesnt matter though, because the entire family and other dragons still love him as he is.

Like other dragons, NoFire loves to play hide and catch in the air, chasing each other, or just flyingthese, and the class lessons his father give them in their secret cave chambers.

While trying to stay away from humans as much as possible, NoFire discovers a human needing help amid a raging storm one day. When the human, a girl named Roze, comes to, she discovers the family of dragons who helped her. Thus starts the adventures of NoFire with Roze and TallGirl, his sister.

Mike Hoff is an Air Force retiree who currently resides in Easton, Maryland. He was originally from Uniontown, Pennsylvania and had also worked for The Union Leader, a newspaper in New Hampshire. He is currently enjoying his retirement by riding his custom-built motorcycle, powerboating, and spending time with his wife of thirty-seven years, Janet.