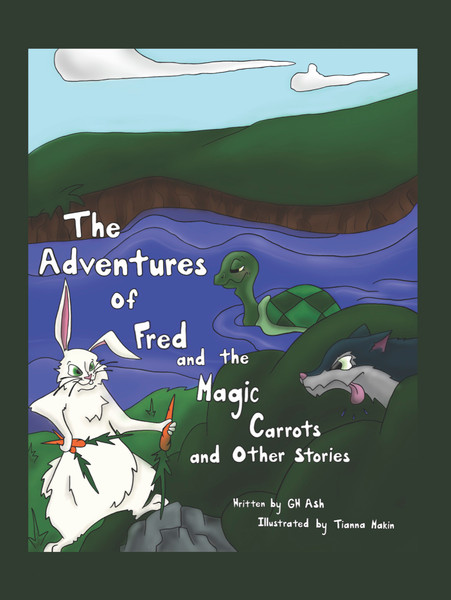 Come along with Fred the rabbit as he outsmarts the hungry and dastardly wolf Albert and then venture into the world of cats with Midnight as she hesitantly makes a new friend in Orange. The Adventures of Fred and the Magic Carrots and Other Stories is a delightful and fun collection of stories written to teach children the values of cooperation, trust, and faith.

GW ASH has been telling stories to her children and grandchildren for many years. She was reared in Springville, Utah, and as an only child, since there was no television in her home, her mother would read fairy tales to her from the Brothers Grimm and Hans Christian Anderson. She delighted in the Disney films at her local theater and tried to see them whenever they came to town. Her best friend became an old Royal upright grand piano, which her mother purchased for one hundred dollars. She loved music and became quite proficient, winning several competitions.

ASH went on to attend Brigham Young University and majored in elementary education. She married quite young, and she and her husband had five children. After moving around quite a bit, they eventually settled in Orem, Utah. ASH is now active in her church, holding several positions including a teacher for the primary-aged children and as a pianist. With all five children grown and with children of their own, she enjoys reminiscing with them the stories she would tell and feels fortunate to have them collected in this collection: her second published work.

The Honest Contrarian: And Other Stories About Washington DC - eBook