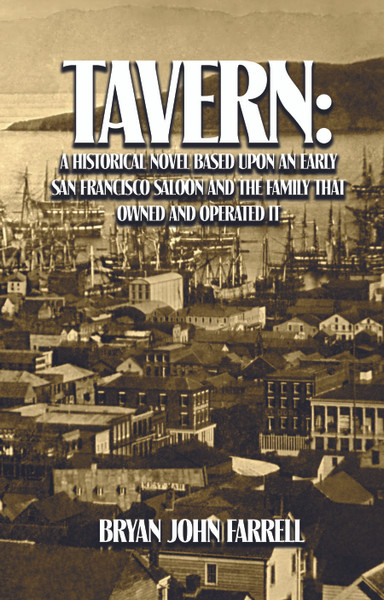 Tavern: A Historical Novel Based Upon An Early San Francisco Saloon And The Family That Operated It describes an underachiever inheriting his family’s saloon. In the process of dealing with the sale, he must make a choice between a woman’s love and his slacker lifestyle.

Bryan John Farrell was born in Montana, the last of eight children in an Irish France Catholic family. He was raised in San Francisco with very little supervision. A restless soul by nature, he dropped out of school, joined the Navy, and married by seventeen. After completing a four-year tour of duty, he returned to San Francisco, raised his family, obtained an engineering degree, and worked for many years in the Silicon Valley Technical industry.