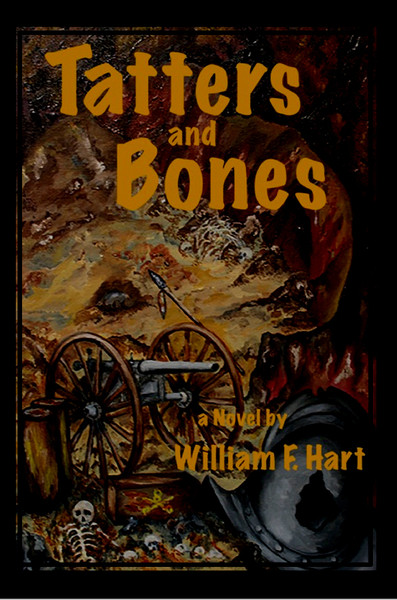 Tatters and Bones takes place over a period of 400 years in the Owyhee Country of Eastern Oregon. It begins with a frightening adventure involving Jack Belamy, retired wildlife officer, trapped in a cave-like lava tube after his plane crashes. In his dark tomb, Belamy must fight for survival and escape using the tools he finds at hand. And what he discovers will rewrite history!

William F. Hart was born and raised in the state of Wyoming. His family lived in various small towns throughout the state until he was twelve. Finally settling in western Oregon, he completed his school years. In 1965, he was accepted as a member of the Oregon State Police and began working in the traffic division at Pendleton. Six years later, he obtained a much sought-after position in wildlife enforcement, patrolling the beautiful Oregon back country.

Over a twenty-six year career, Hart worked at six different patrol offices, and many different assignments. During most of those years, he taught self-defense at all the training schools plus at other agencies.

Now retired, Hart lives in Ontario, Oregon, next to the airport where he keeps his prized Cessna airplane. His other hobbies are prowling the desert, hunting, and fishing. Four grown children and nine grandchildren keep him busy the rest of the time.