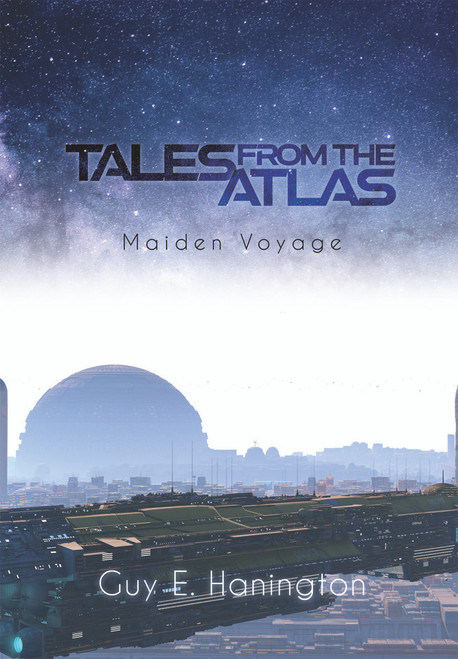 Late into the twenty-fourth century, Earth, now known as Terra, has ﬁnally managed to begin interstellar travel across the galaxy. The Atlas, the ﬁrst ship from Terra to accomplish this feat, did not have an easy start, though. These are the records of its maiden voyage, and the events that almost stopped it from happening at all. The galaxy is a mysterious place ﬁlled with worlds and people that were once considered only myth to those from Terra. This tale, and those that follow, chronicle what happens when science meets magic, and how time and technology are relative at best. In Tales from the Atlas: Maiden Voyage, medieval and postmodern technology clash, and friends, or enemies, can come from anywhere.

Guy E. Hanington enjoys reading, writing, gaming—both tabletop and video games—and watching films. He has special interests in science fiction and fantasy. The major influence in his writing (and his desire to eventually bring this series to life as a game) stems from a lifelong love of playing Dungeons and Dragons. Guy is the father of two and a devoted partner. He has one brother and three sisters. It was Guy’s father who introduced him to D&D and ultimately cultivated a love for all things nerdy in his son. More than anything, he wants his readers to walk away with their own sense of adventure. Guy wants to give people an escape from the mundane and spark a desire to create things of their own.

Playing Scales: Scanning and Sizing the Universe and Everything in It