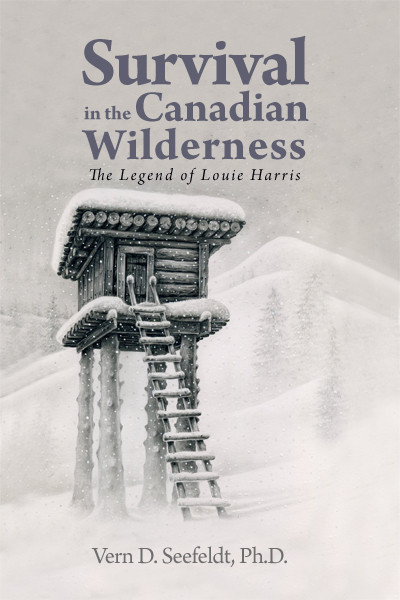 Survival in the Canadian Wilderness
by Vern D. Seefeldt, Ph.D.

Determined to find riches in the Canadian fur trade, Barney accepted an unknown partner, Louie Harris, to assist him as a homesteader in the wilderness of 1925 British Columbia. The two men experienced great success on the trapline, despite the unforeseen challenges brought about by a severe winter of deep snow, bone-chilling temperatures, and risk-taking behavior attributable to both men. Louies disappearance, with only three days remaining in the trapping season, turned a great adventure into an outright disaster.

Frustrated by the unwillingness of local authorities to accept Louies disappearance as an involuntary act, Barney tried numerous times during the ensuing years to locate his missing partner, but Harris was never seen or heard from again.

Barney Seefeldt died on December 14, 1973, in Grover Township, northeastern Wisconsin, without ever again visiting the site of his Canadian homestead. Survival in the Canadian Wilderness: The Legend of Louie Harris is a fictionalized explanation of what may have become of the enigmatic Louie Harris.

About the Author:
Vern D. Seefeldt, Ph.D. is Distinguished Professor and Director Emeritus of the Institute for the Study of Youth Sports at Michigan State University. He has authored 160 articles in scientific journals and edited eight books on physical activity and sports. This is his first venture into the genre of historical fiction. As a sportsman, he has hunted large and small game in eleven states. He is a member of numerous organizations devoted to the preservation of wildlife and its habitat for fish and game.

A Voice in the Wilderness (PB)