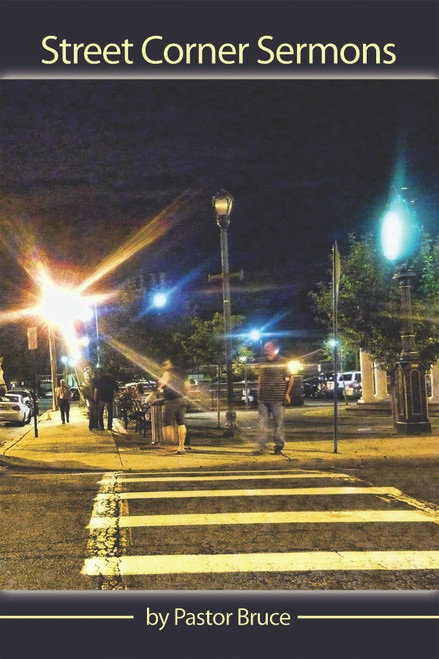 On the advent of Christianity, the trust in God, in his Word, in fully acceptingand usingHis armor, was strong and firm among the believers. This has been the case for so long, since time immemorial. Then something changed the status quo.

In Street Corner Sermons, the author plows through the present spiritual state of the so-called believersthe people termed as Christiansand their declining relationship with the Lord, which is due, for the most part, on the church leaders misguided assumptions, cowardly behavior in facing the persistent threat of religious deterioration, and the corrupted view of themselves and their roles in propagating and strengthening the believers connection with our Father in Heaven.

And Pastor Bruce has resolved himself, using his book as a tool, to battling the underlying rot that pervades todays Christianity.

Pastor Bruce was born and raised in Rockland County, New York; he left in 1971 to enter the U.S. Air Force, where he served as a Law Enforcement Supervisor until he retired in 1994. He has a bachelors degree in accounting from Franklin Pierce College, Rindge, New Hampshire. He became a born-again Christian in 1980 and after twenty-eight years of practicing his faith, he became an ordained pastor in May 2008 and has received an honorary doctorate degree from the World Christianship Ministries. He has returned back home after being gone for thirty-four years.