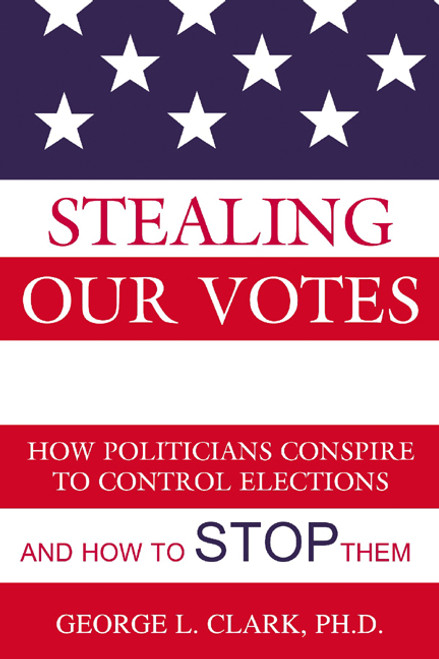 by George L. Clark, Ph.D. The Founders of our country gave us a republic, and the voting power to keep it. They entrusted the redistricting power to the safest repository they could think of: the peoples representatives. In Stealing Our Votes: How Politicians Conspire to Control Elections and How to Stop Them, Dr. Clark demonstrates that this choice has turned out to be a disastrous loophole, threatening our ability to govern ourselves. The parties in power in state legislatures now use computers and redistricting software to increase their partys political power, stealing from the voters their constitutional right to choose their representative. That is the evil of gerrymandering. ABOUT THE AUTHOR: George L. Clark, Ph.D., is a retired research scientist in the field of lasers and optics. He has used computers to solve difficult imaging problems, such as imaging through turbulent atmosphere, imaging of space objects with large un-phased collector arrays, and imaging from space using optically imperfect mirrors. He was able to retrieve excellent images from aberration-corrupted data by the use of computer power. Since retiring, Dr. Clark has turned his talents to solving the redistricting problem. He has developed software that draws district maps free of political bias and that guarantees a fair vote to all citizens. (2004, paperback, 127 pages)
×

HOW OBAMA & THE DEMOCRATS MAY HAVE STOLEN THE 2012 ELECTION - eBook