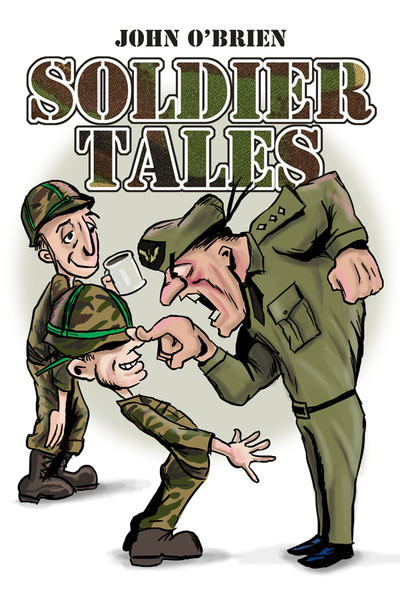 A mysteriously ugly woman is found in a soldiers bed. Hallucinations due to lack of sleep haunt a troopers mind as he tries to carry out his mission. Pints are drained, weddings are coordinated, and jokes are shared. Gunfire fills the ranges as Troopers fill the bar stools.

A collection of comical stories and anecdotes based upon John OBriens own experiences in the Irish Army, Soldier Tales captures the hilarious situations found within one station of Army men. Filled with laughter, drinking, and various shenanigans, the novel harnesses the energy and joy OBrien experienced through his career. With sharp wit and a conversational tone, OBrien seduces the reader and doesnt let go until the very last page.

Retired now after twenty three years of service in the Permanent Defence Force (Irish Army), John OBrien now lives in County Kildare, Ireland, with his wife. During his time in the Army (1975-1998), he served twice overseas in the Middle East.

So Close to the Border and So Far Away from Heaven: Short Stories, Poems and Musings