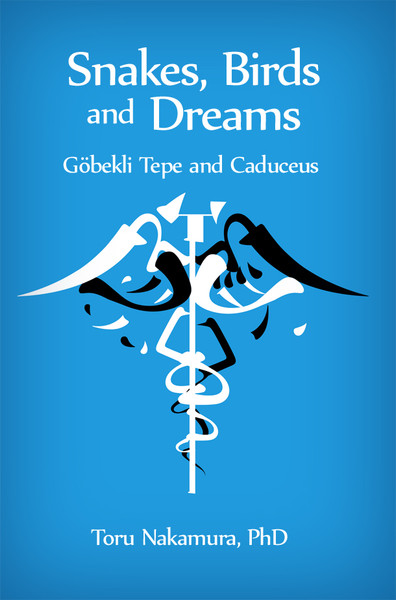 An international economist, Toru Nakamura, PhD has served in consulting and executive roles advising many private and public organizations around the world. Sharing a wide-ranging view is necessary to the future of our troubled world. However, too many social scientists have become increasingly specialized, paying little attention to what other disciplines are discovering and are losing a humanist perspective. In the process, they ignore the imagination and the importance of virtues like love or trust to bind us together.

As the twenty-first century began, Dr. Nakamura began to visit some ruins of the world. He was awestruck at the prehistoric ruins called Göbekli Tepe, which was unearthed in the mid-1990s in southeastern Turkey. Later, Dr. Nakamura learned that the Greek symbol of the caduceus, a wand topped with wings and two entwined snakes, likely originated at this remarkable prehistoric site. There, as the last Ice Age was ending, the human imagination that led to the birth of civilization burst out.

Toru Nakamura, PhD dedicated his first book (in Japanese) to his late daughter, Chorister. Dr. Nakamura’s son is an artist. He gives meaning and purpose to Dr. Nakamura’s life, often sending him pictures of his own growing son.

Besides travelling and reading, Dr. Nakamura loves walking in the park, gardening, listening to music to have peace of mind, and, of course, enjoying good food with good friends.