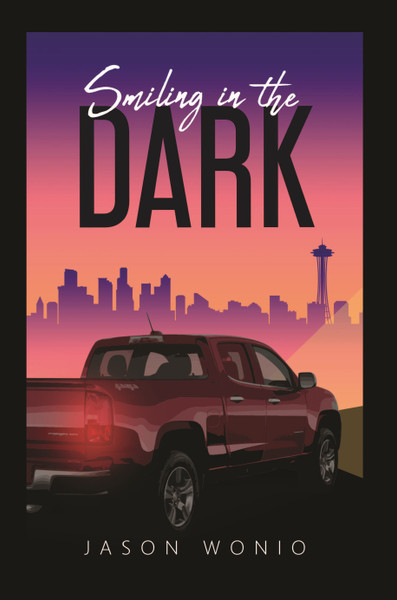 One of the biggest challenges one faces in life is the internal conflict within themselves. Seattle-based firefighter, Hank, in the wake of losing his love to crippling alcoholism, decides to face his internal struggles and gets sober. Every day brings a new set of challenges as he navigates life without alcohol. Along the way, he finds his roots in his grandma’s farm and meets the eccentric and vivacious nurse, Julie, who stirs up feelings he has not felt in a long time. Smiling in the Dark tells the story of a man who tries to move on from his troubled past and seeks redemption and growth in the pursuit of self-improvement.

Jason Wonio is currently enlisted in the United States Airforce, and he previously served as a Firefighter/EMT in the Seattle region for over four years, a period that significantly inspired the book. He spent many of his summers growing up at his family farm with his grandmother in Southern Washington. When he is not writing, you will find him growing plants, playing guitar, and painting.

Light for the Dark Side - eBook

In the Dark - eBook

Jesus Died for All Spiders

Trash Mermaid: Essays, Stories, Recollections, Rants, and Ramblings that Came to Me by the Jersey Sea