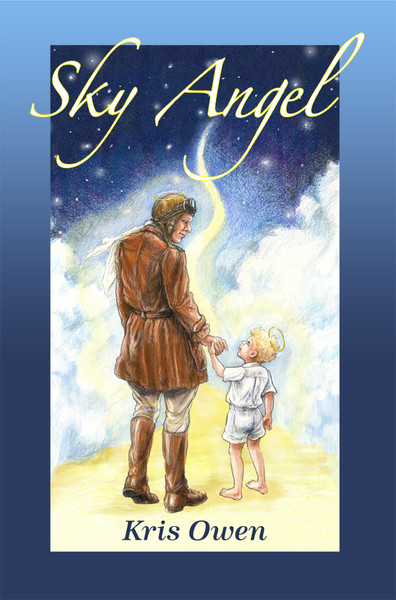 Service to country binds three generations of the Gregg family. Their patriotism spans World War I, World War II, and Vietnam. Proud to wear the uniform of the United States Air Force, each of them has a different fate, but their allegiance remains impenetrable. An invisible thread connects the men throughout their life as they struggle in their own way to rise about the physical, emotional, and spiritual wounds that color their lives as a result of their experience.

Born in the Baby Boomer generation, my mother, father, and several uncles served in World War II. Growing up, I heard stories of my Uncle John being taken prisoner, Although presumed dead, he was released at the end of the war. I’ll never forget my mother describing his emaciated appearance the first time she saw him and how it felt when she wrapped her arms around him to welcome him home.

My grandfather served during World War I. I never heard details about his experience but, as a family, we went to the parades he marched in while in uniform, carrying the American flag. It wasn’t unusual to see my mother crying as her father marched by. The symbol of the American flag fills me with pride.

In high school, the Vietnam Conflict was background noise to my prom, graduation, and first job. When I attended my fiftieth high school reunion, I was struck by the tree of departed classmates. So many lost their young lives in Vietnam. It captured my attention. As a result, Sky Angel floated to the surface and was born.

I admire the strength and courage it takes to be a part of our armed services, no matter what the branch. Sky Angel is a human story of a family who struggled with the good, the bad, and the ugliness of war.

When Kris Owen was a young girl, her mother introduced her to articles written by her grandfather, mostly published as opinion pieces. He also wrote about his battle with cancer and how it devastated his family life. She was very proud of his activism and how, with limited education, he expressed himself with strength and poignancy.

Her mother was a storyteller, too. While combing her children’s hair, she told stories of her childhood. She was the oldest girl of ten children born to an Irish Catholic family. Kris and her sisters were held spellbound by the tales she told. Mimicking their mother, Kris and her sisters would have storytelling contests. Taking turns, they each told a story and then voted on which one was the best.

In her thirties, Kris was hired by a small newspaper as a stringer. It wasn’t long before she began offering stories that were human interest focused. Soon, the editor offered her a full-time position. Over the years her writing included poetry, personal pieces, and journal entries.

Written in 2018, when she was at the tender age of seventy, Kris published her first book, Telling Sky. Now, seventy-one, she is excited to introduce Sky Angel, and there’s more on the way!