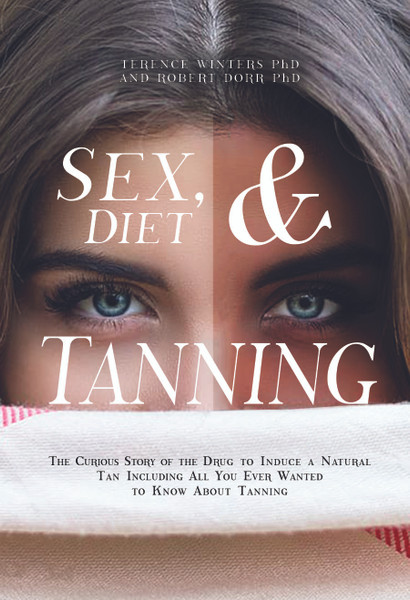 Sex, Diet and Tanning tells the true story of the development of the tanning drug known sequentially as Melanotan, Epitan and then Scenesse (afamelanotide), from its discovery in the laboratories of University of Arizona (UA) to the start of the clinical trials. It also includes everything you need to know about the biology of tanning written in a way that can be easily understood. It is now approved by the FDA and EMA and is marketed in the USA and the EU to treat an orphan disease by causing the patient to develop a natural tan without exposure to sunlight. The story covers the incredible properties of this class of drugs which include sexual arousal, weight loss and tanning in humans, which led to the nickname of the “Barbie Drug”. It describes the risks and uncertainties of the company start-up process and how decisions have to be made based on limited information and implemented with scarce amounts of capital. The story takes several surprising turns including the accidental discovery of the sexual arousal properties and relocation from Tucson, Arizona to Melbourne, Australia due to the availability of funding. It also includes a tragic murder and some really interesting personalities. It is a guide to structuring a start-up company and making it successful.

Dr. Robert Dorr is Emeritus Professor of Medical Pharmacology at the UA College of Medicine in Tucson. He is a pharmacist with a PhD in Medical Pharmacology. He spent much of his career working with the UA team studying the effects of sunlight on the human body and was one of the scientific founders of Melanotan Corporation which licensed and developed the tanning drug.

Dr. Terence Winters is a retired venture capitalist and biotechnology CEO living in Scottsdale, Arizona. In his VC career, he specialized in helping to create and finance 21 life science company start-ups based on technology out of universities, including Melanotan. He finished his career by crossing over to be the CEO of one of these biotechnology start-ups.