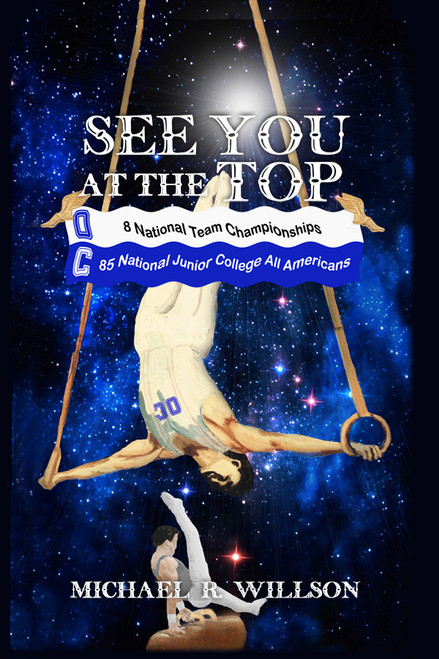 As the president of Odessa College, Dr. Rodgers decided to drop the men’s college football from the sports program at the college. To put Dr. Rodgers’ decision in perspective, the city of Odessa is the city where the movie Friday Night Lights was filmed. Friday Night Lights is all about Texas high school football—how intense it is; how many Texas state high school championships have come from the city of Odessa, Texas; how many top college recruits have come from the area. Dr. Rodgers’ decision to replace the Odessa college football programs, and to replace it with men’s college gymnastics, was a bold and significant move in the middle of Texas high school football country. And with Willson as head coach, the gambit paid off—with Odessa ranking among the best in their class in college gymnastics from the team’s beginning in 1966.

Michael R. Willson is a retired gymnastics coach and college professor from Ohio State, Odessa College, and University of Buffalo, as well as a retired elementary school principal. Willson earned 11 Coach of the Year awards, 1 NCAA Coach of the Year award, and 3 Big Ten Coach of the Year awards. He served on the Olympics Committee, as Vice President of the United States Gymnastics Federation, and as a USA Coach on foreign tours to Russia, Bulgarian, Riga, Toronto, Cuba, Poland, and the Czech Republic. He received the Ohio Governor’s Commendation for Coaching in 1985 and The State of Ohio Senatorial Commendation for Teaching Excellence. While teaching and coaching at Odessa College, he received an Outstanding Achievement award from the Board of Trustees and a Teacher of the Year award from the faculty and students. As a teacher, his favorite courses were anatomy, physiology, and kinesiology.

Willson and his wife, Helen, enjoy traveling, finding themselves in Florida every winter. He also enjoys playing golf.