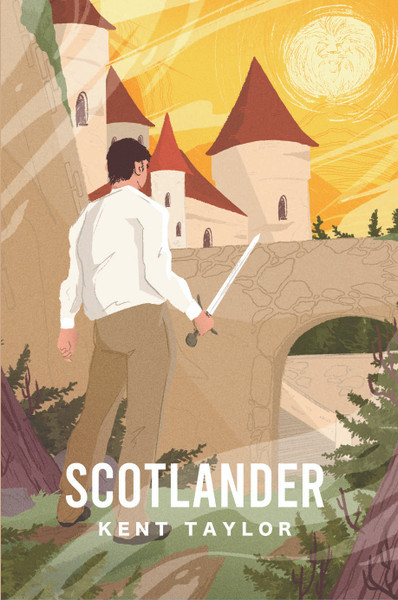 Scotlander is about a farm boy named Duke Hendrickson who becomes a knight after pulling a sword from a stone. He undergoes intense training to destroy an enchantress named Veronica and her forces of evil in hopes of fulfilling a prophecy from God.

This action-packed fantasy story takes a spin on the fairy-tale genre incorporating comic book elements in the shape of energy-based attacks. Duke journeys through a world filled with magical creatures, anthropomorphic animals, and humans with supernatural gifts.

The message of this story is to never give up hope even in the darkest of times. A message that is relative right now, due to the pandemic. People are dying from COVID-19, giving up hope that things will get better. In this story, the characters are facing a similar issue with the evil Veronica depriving everyone, in the kingdom of Ariana, hope and allowing evil knights and monsters to make Ariana a living hell. Citizens were held hostage in their homes and most of the good guys have been defeated until Duke came to rescue them from despair. Scotlander deals with mature yet relatable themes such as love, despair, and hope- feelings everyone can relate to.

Kent Taylor is an active member of his community, volunteering at food and toy drives, and feeding the homeless through his church. His hobbies include drawing, watching anime and cartoons, jogging, and taking nature walks. He also played soccer when he was in middle school and college and is an active reader. He is an animal lover- taking time to draw, write, and read about them. He hopes the message in his book on the importance of remaining positive in hopeless situations resonates with his readers. Taylor is the oldest of his siblings. He was born in New Jersey and lives in Florida with his family.

Snooks: A Collection of Tales, Ramblings, and Anecdotes... - eBook