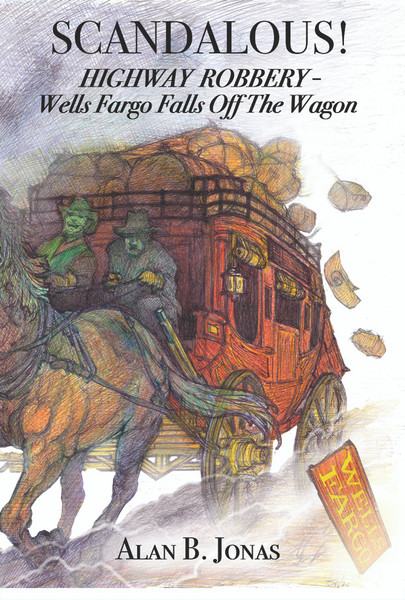 By: Alan B. Jonas

SCANDALOUS! HIGHWAY ROBBERY - Wells Fargo Falls Off The Wagon details the high-pressure, shady practices in banking and their resulting massive fines, as Wells Fargo robbed thousands of customers by opening millions of unauthorized accounts they didn’t need or understand. The author hopes that readers will exercise caution rather than paying for bank services such as insurance and investments and also be wary of safe deposit boxes, which have few federal laws protecting them.

Alan B. Jonas earned his M.A. at NYU’s School of Education and went on to work in radio, first at WMGM in New York at the recommendation of Judy Garland, and later at NBC prior to his career in finance. He then became a stockbroker, investment advisor, and Certified Financial Planner ™ in a career spanning over fifty years. Alan co-founded The Financial Store, the first financial services firm ever located in a shopping center. He was the Stock Market Reporter for KSFO Radio and the Financial Reporter for KPIX-TV in San Francisco.

Alan has written articles on financial topics for fourteen magazines and newspapers and was featured in Money Magazine’s Investor’s Roundtable. He has lectured to thousands at local colleges across the San Francisco Bay Area. In his spare time Alan enjoys tap dancing and musical theater. His first book is Facebook’s About Face–The Ugly, The Bad and The Good.

Until the Wheels Fall Off: The Extraordinary Life of Joe Paladino - eBook

My Journey: A Pathway to Recovery - eBook