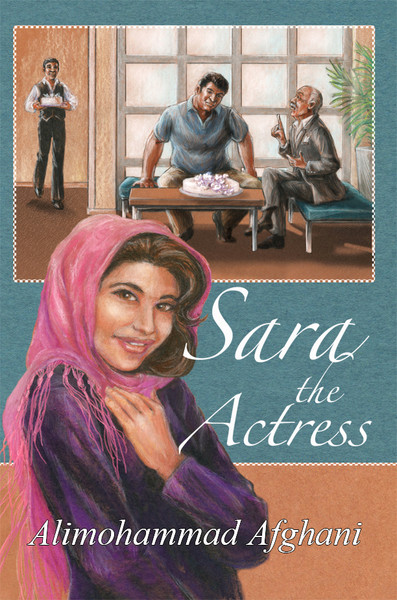 Sara the Actress
by Alimohammad Afghani

In Sara the Actress, the prolific Iranian author Alimohammad Afghani presents what he calls a novel/play depicting the attempt by a group of young performers to put on a new theatrical production in Tehran. At the center of this production, and Afghanis new book, is the captivating and thoroughly beautiful character, Sara. It is her interaction with her family, her friends and, ultimately, with the powerful in her society that animates this charming and thought-provoking taleand that will capture and delight the many readers of this engaging new book.

Alimohammad Afghani was born in 1926 in Kermanshah, Iran. He graduated from military college in Tehran in 1949. In 1951 he was sent to the United States for a six-month course of military study. Back in Iran, he was thrust into prison from 1954 to 1959 because of his political activities against the Shah. In prison he wrote his first book, a novel criticizing polygamy, entitled Lady Ahous Husband. Although the book did not spare to criticize the politics of the country, it received the Royal Prize for the best novel written in the Persian language. Applauded by many great writers, it was later made into a movie. Afghani has written numerous other works, and cites Jack London and John Steinbeck as inspirations for his writing.