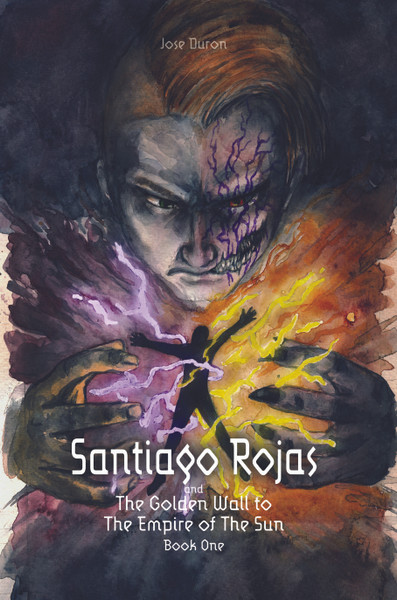 Santiago Rojas and The Golden Wall to The Empire of The Sun takes place in a distant future Earth. An Earth with many of today’s world issues resolved and with many new ones to solve. It tells the story of Santi, a thirteen-year-old boy whose biggest dream is meeting his mother, a strong woman who had to leave him behind to provide a better life. With this in mind, he sets sail to Simeka, the most advanced nation in the world. As he embarks on his journey to fulfill his dream, he finds himself entangled in a revolution in his home country and the rise of a global threat, a threat only Santi can stop… or start. As it is with every dream, Santi goes through trials and tribulations that test his strength, will, sanity, and most of all, his position on the conflict brewing inside of him—to be or not to be.

My name is Jose Duron and I’m fascinated with art, science, technology, and political ideologies. Why? Because they make us or break us. Knowing that, we can build a better future today. Besides writing, I also like to sketch ideas down. It’s so liberating when you have a visual of what your ideas look like. Even when they look like total crap to someone else. With that been said, I’m working on other projects to inspire and elevate your imagination. One of them is Event— [out of record] "What, I can’t say that? Why…? Ah, okay.” [whispering] It’s alright, you’ll figure out. [wink].

Rampage: The Rise of an Empire - eBook