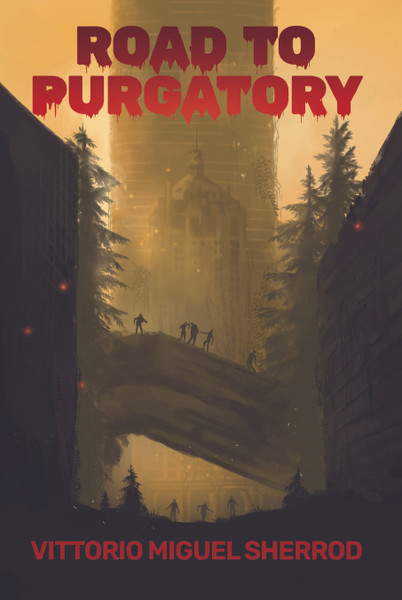 Seven years after a nuclear explosion eradicated the world into a wasteland where all of the world’s population are mutated bloodthirsty zombies, Diego Ortega, a young man who wakes from a coma months after with no memory whatsoever, treks on a journey to search for his sister, with the help of and mentored by a lone vigorous U.S. Marine warrior, Jake Scully. He survives wearing an army Ronin gas mask and robust protective gear while assembling an alliance with a group of ragtag survivors that march all across the ruins of New York and the other eastern states. They must survive dangerous journeys finding freedom, a search of a possible cure, and saving each other for humanity’s last hope of civilization to fight both the dead and the living—gangs of ferocious cannibals, militias, and a malicious political leader of New York City, living in a dystopian city built around the Empire State Building.

Dive into this apocalyptic world filled with the walking dead and having a terrifying joyride with the main character and his protagonist going on this journey to search for Diego's sister.

Road to Purgatory’s message is persistence equals resilience. No matter how flawed, each character has a motive to search for a place of humanity and the people they will be in open arms with again once they survive a dreaded world. Keeping the one thing or person in your mind to help you thrive can shape how strong of a survivor you are.

Vittorio Miguel Sherrod is an El Camino College student studying a major in nursing. His interest in nursing came from his desire to help people and make a difference in people's daily lives. Vittorio is also a fan of fantasy and sci-fi books and films, especially horror.