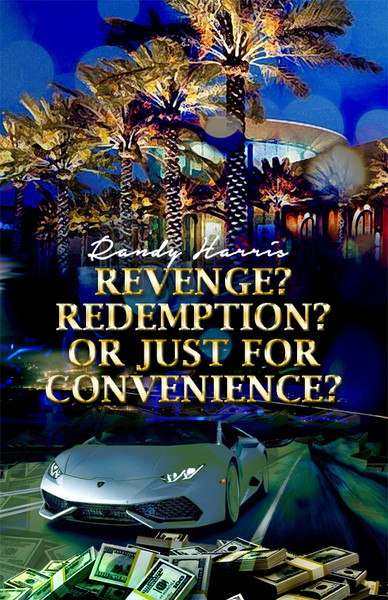 Revenge? Redemption? Or Just for Convenience?
by Randy Harris

As the ex-wives of star athletes and rappers begin to die in mysterious accidents, NYPD Detective Ebony Delaney starts to suspect foul play. Connecting the dots, Delaney uncovers a murder-for-hire plot with one plain motive: Money. As she works to bring down the culprits, shell face the most difficult case of her careerputting her badge, and her life, on the line.

Revenge? Redemption? Or Just for Convenience? is a cautionary tale about greed and the evil things people will do in pursuit of wealth. But, as the murderers begin to realize, there is always a reckoning.

Randy Harris was born and raised in Albany, New York. After graduating from Adelphi University, he worked as a Disability Analyst for the Social Security Administration for over thirty years. He enjoyed a lucrative career as a singer signing records contracts and touring and appeared in several Off-Broadway productions including the original cast of the record setting Mama, I want to Sing. He is currently recording and performing with Reverend Keith Branch and the Branch Company.