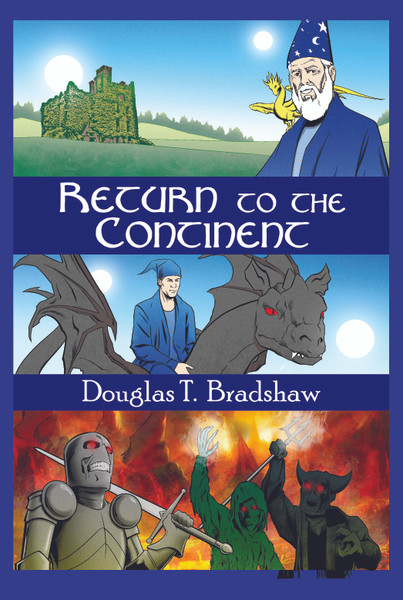 Thaddeus Brimstone returns in the exciting sequel to A Time of Magick!

Return to the Continent, which has been brought to the brink of ruin by the power of magick. Despite Thaddeus’s teachings that magick should be used to better the world and those around you, greed and lust for power has prevailed. Now, a new threat has appeared: The Three, a trio of evil beings who seek to seize control of the ailing world.

Having ascended to be at the Moon Goddess’s side, there’s little Thaddeus can do, as mortal problems require mortal solutions. And so, Thaddeus turns to a special person, a young boy from our modern world, one who has Thaddeus’s story in his heart and mind—and his name!

Through intensive training, herculean efforts, and a lot of belief in himself, can Young Thaddeus restore the continent to the glory it once was?

Douglas T. Bradshaw’s stories are the byproduct of his favorite hobby: fantasy roleplaying games, chief among them, Dungeons & Dragons. Bradshaw’s been playing since 1983 and has been a Dungeon Master since 1993.

Over the years, he has written many adventures for his players, and he thought that perhaps others, whether they have played D&D or not, would enjoy the stories he’s crafted in written form. The Continent trilogy is one such world, and showcases his passion for writing.

It is Bradshaw’s hope that those who read this book enjoy the story and look forward to the final chapter of The Continent trilogy.

Theadosa Returns to the Forest - eBook