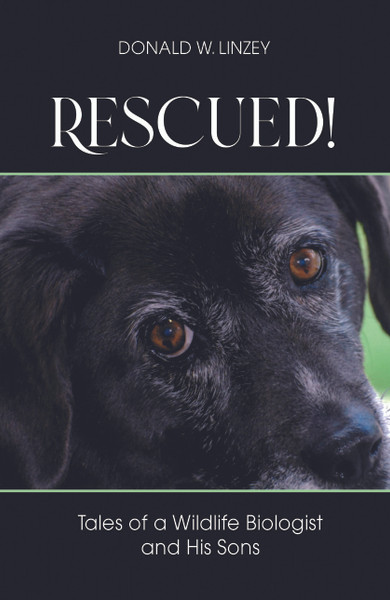 RESCUED! tells the story of how one man shared his love of animals and passion for wildlife research with his two sons, and later inspired them in choosing their career paths. In this memoir, Linzey recounts how his boyhood interest in animals developed into a passionate and successful career as a wildlife biologist, a job which for him often included bringing his work home in the form of orphaned gopher tortoises, hog-nosed snakes, flying squirrels, raccoons, and more. For his two sons, growing up in a household filled with these many creatures and frequently joining their father on research trips gave them a unique childhood filled with adventure, humor, and a deep love and respect for the beauty of nature.

Donald W. Linzey is a wildlife biologist and ecologist who has taught science, ecology, and other related courses at Cornell University, the University of South Alabama, Wytheville Community College, and Virginia Tech for over 55 years. He is also a researcher and an accomplished writer, authoring 14 books including Vertebrate Biology, Third Edition (Johns Hopkins University Press), Mammals of Great Smoky Mountains National Park, Third Edition (University of Tennessee Press), Snakes of Virginia (University of Virginia Press), and Snakes of Alabama (Strode Publishers). He received his bachelor’s degree from Western Maryland College and his master’s and Ph.D degrees from Cornell.

Donald is a member of the Humane Society of the United States' Animal Rescue Team and is a Board Member of the Montgomery County Humane Society. Throughout his career, he has received numerous awards for his teaching and research. Donald is the father of two sons, one who is a veterinarian and one who is an environmental attorney, and he currently resides on a 35-acre wildlife reserve in Blacksburg, Virginia with his wife, Nita.