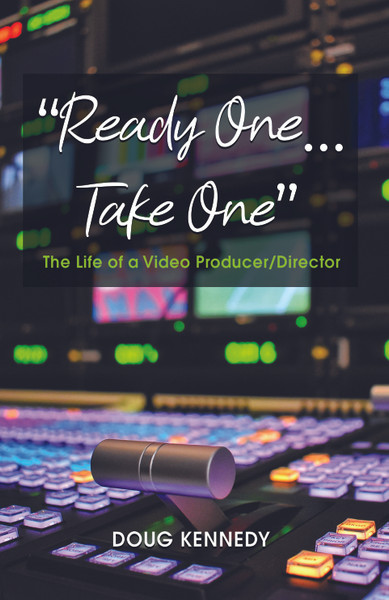 “Ready One… Take One”: The Life of a Video Producer/Director
by Doug Kennedy

“Ready One… Take One”: The Life of a Video Producer/Director is about a man’s time spent in the television industry as a producer/director and the stories and people involved. There are some interesting stories and names in the industry that people will know. The author lived and experienced everything in the book, and these are his experiences and no one else’s.

Read all about the behind-the-scenes of covering the Pittsburgh Penguins, Pittsburgh Pirates, and Pittsburgh Steelers! This book is a Pittsburgh sports fan’s dream come true!

About the Author
Doug Kennedy spent forty years in the video industry as a producer and director and has had some very interesting experiences. Kennedy has also met and worked with a lot of very well-known people.

Doug Kennedy tells an excellent story of his life as a producer/director and the ups and downs that led to his success.  While working with huge names in the business like Jim Nantz, Bob Prince and Mike Lange, Doug covers the Pittsburgh and National sports landscape and makes this book a must read.

When I first started to talk about the book with Doug, I thought it was going to be too technical for me, but that was exactly the opposite. I really enjoyed the read and had a hard time putting it down. It really held my interest.

“Ready One..Take One” is an easy read, without the technical talk that might have lost me. Doug tells the story of the complex efforts and timing necessary to present programming that we take for granted. The book is interlaced with stories and comments from many sports personalities. It’s an insightful and entertaining story of his career in broadcasting. Hopefully this book will be a great help for the next generation of producers and directors. It’s a must read.

When I first started to read the book, I couldn’t put it down. All the nostalgia in the first chapter blew me away.

Each One, Teach One

Walking on the Clouds (HB)

Who Would I Be Without You? - eBook