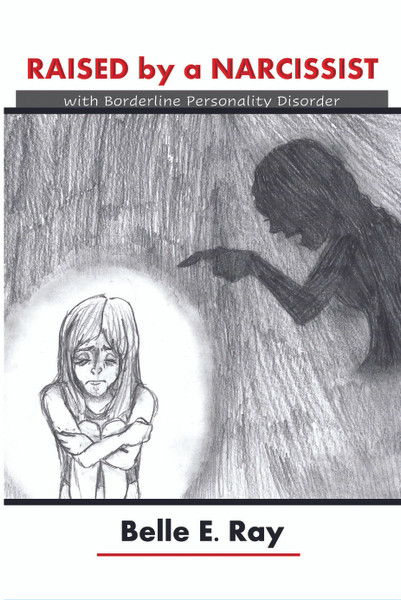 Raised by a Narcissist

A vivid, honest and powerful memoir in which the author, Belle E. Ray, recounts what it was like to grow up amidst the chaotic and irrational behavior of her narcissistic mother. Turning from the calm Dr. Jekyll to the ferocious Mr. Hyde, Belle wanted to believe that her life was like any other child’s but as she grew older, it was harder to deal with the deceiving and manipulative environment her mother insisted on.

Not knowing how to break free from her mother’s apron strings, Belle couldn’t ignore her own desire for freedom anymore, which then resulted in disownment.

Dealing with the mental toll of being rejected and estranged for more than a decade, Belle’s journey of PTSD, depression and anxiety took on such a strong impression that surrendering to therapy was the only solution for Belle to move forward.

Learning of her brother’s rejection as he broke from the maternal narcissistic control, as well as the mental withdrawal of their father, Belle wanted to share her story to those who may be experiencing something similar in hopes that comfort, strength and courage could be taken from reading her story.

This is Belle E. Ray’s first book. She and her husband have been married for sixteen years and have three children together.

Realm of a Narcissistic Sociopath on a Bloody Warpath - eBook

Raised by a Narcissist - PB

Raised by a Narcissist - HB

Laughter That Will Knock Your Socks Off - eBook

Laughter That Will Knock Your Socks Off

Raised by a Narcissist - PB

Is Your Coach Bona Fide or a Bonehead? - eBook