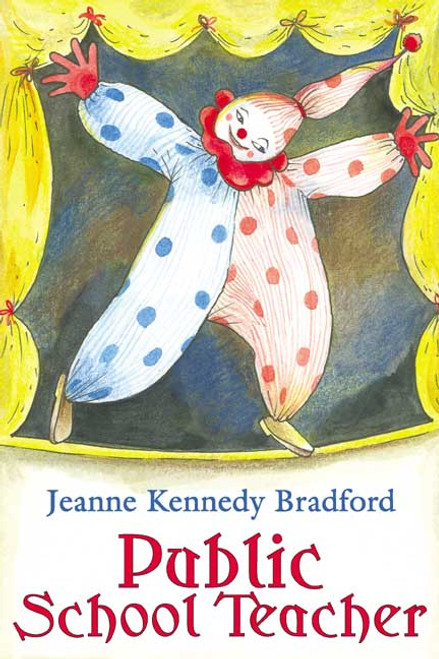 by Jeanne Kennedy Bradford Having spent years as a public school teacher working with an teaching children aged eleven to thirteen in the sixth grade, Jeanne Kennedy Bradford is uniquely qualified to comment on todays public school conditions, policies, and teaching methods. In her autobiographical recounting of her experiences as a Public School Teacher, she shares her successes and trials, her effective methods, and her sense of deep personal fulfillment as young minds blossomed under her tutelage and went on to successful educational achievements with a solid foundation of knowledge. Born and raised in Staten Island, New York, she and her husband and young son moved to Southern California, where she became interested in teaching and pursued a college education to that end. Shortly after graduation, she landed a teaching position at her first public school and never looked back, expanding young minds through a variety of entertaining teaching methods which made learning fun instead of a chore. Using tactile demonstrations to keep their attention and imparting vital facts upon the way, her influence was felt far and wide as her students went on to further successful educational endeavors. Along the way, she experienced joy and pain in her personal life. However, through it all, she looked toward a brighter tomorrow and a future full of hope and promise. It was with deep sadness she retired to take care of her ailing husband; however, her love of children has never dimmed as she became involved with a community childrens theater and continued to work with kids on a volunteer basis in various schools. Loving, laughing, and appreciating what her students taught her about life, Jeanne Kennedy Bradford is a role model for any Public School Teacher to follow. (2005, paperback, 236 pages)
×

Confessions of a Public School Teacher: A 35-Year Veteran's Assessment on How Public Education Can Make the Grade - eBook

Confessions of a Public School Teacher: A 35-Year Veteran's Assessment on How Public Education Can Make the Grade