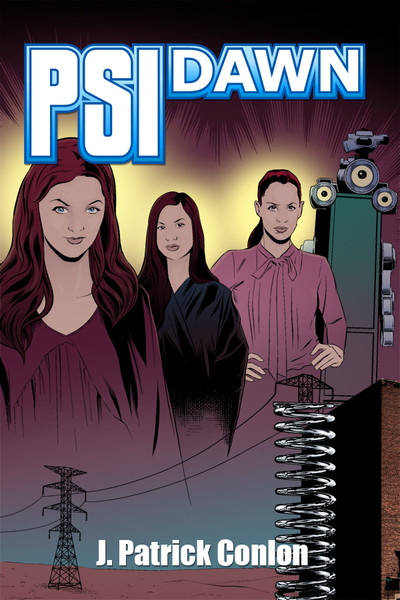 Set a little over 300 years in the future, PSI Dawn is a novel for adults, young and old, in a time when society seems to have gone haywire and is bent on self-destruction. Wendy Winston, the mayor’s daughter who is an intern with the FBI, is pressed into emergency service. With help from Pat and others she has to use her enhanced psychic abilities to solve the problems of governmental corruption and religious fanaticism to save themselves, humanity, and the solar system. The collision course that follows has more twists than a dozen roller coasters!

J. Patrick Conlon was born into a military family. Since high school, he has been an avid reader of science fiction. Also, he learned many useful skills as a youth: to this day, he makes much of his own clothing. After graduating, he joined the Army and began a 24 year career there. He retired, attended college, and became a teacher.

He taught 7th grade writing and discovered an interest and flair for writing, book production, and poetry. He published some of his writings in Texas Voices and other places.

After retiring from teaching, Conlon was hired at the local Veterans Affairs Medical Clinic to manage volunteers. He decided to write a short story for Science Fiction Magazine but —after several hundred thousand words—realized he had a novel. PSI Dawn was born to be followed by PSI Invaders, PSI Teddy Bears, and PSI Explorers.