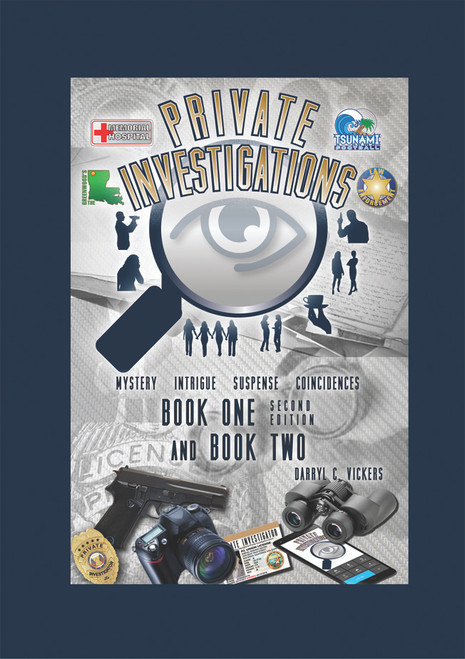 Private Investigations revolves around the world of Sam Aquino, an old fashioned Filipino private detective who relies on his wits, people skills, and if necessary a few tricks up his sleeve to solve some mysterious cases within his local Westlake community. But Sam isn't alone, he's got a diverse community of friends and family to help him because that's what people do.

Westlake is a community loosely based on my experiences growing up in my diverse neighborhood in San Diego, Ca. during the 60's and 70's. Things were much different back then. People knew each other, and families weren't limited to blood relatives. There was a sense of community and good will towards everyone no matter what their gender, race, skin color or ability.

In Book One, what starts out as Sam’s frustration with a high tech surveillance firm operating nearby and a case involving the missing daughter of a client, who’s a close long time friend of Sam’s asst. ends up intersecting, forcing Sam to use his street smarts and personality skills to gain information to solve a human trafficking case. And that case directly involves members of his extended/blended family, which includes his personal assistant Donna, Sam’s daughter in-law Christine as well as his college aged granddaughter Megan and her close friends who have detective skills of their own.

Mystery, intrigue, suspense, and coincidences are all intertwined throughout this fast paced adventure featuring multi-generational and multi ethnic characters, who sometimes speak different languages, including many of the female characters who display smart and strong personalities.

Private Investigations is not only a story about Private Investigator Sam Aquino (an old fashioned Filipino private detective) who goes about investigating his cases within his local Westlake community, but a story about promoting goodwill and diversity that mirrors the world we now live in which consists of many people of diverse cultures, races, economic backgrounds and abilities.

All the main characters from Book One are back in Book Two, including Sam’s granddaughter Megan, her three friends Jennifer, Samantha and Nicole, Christine (Megan’s mother), Sam’s assistant Donna Jones, Detectives Harrington and Chambers among others. Only this outing, we dig deeper into their personal lives and some of the issues they’re dealing with on a daily basis, while also introducing new and potential family members. Readers will be introduced to a whole host of new characters either connected directly or indirectly to PI Sam Aquino, such as Tsunami Football Players, employees of the Nutrition Booster company and Memorial Hospital. District Attorney’s and members of several law enforcement agencies are also prominently featured.

This outing Sam is forced to circle the wagons per se and call for help when members of his own extended/blended family become exposed and targeted as he continues taking on more cases. Mystery, Intrigue, Suspense and Coincidences is still intertwined throughout Book Two which features many more multi-generational and multi ethnic characters speaking different languages and accents.

Darryl C. Vickers is a novelist, screenplay writer, and founder of LV55 Media and also a producer of the upcoming television show in development called Private Investigations. Since graduating from Platt College in San Diego, he has worked in the industry helping writers promote and write diversity for film and television projects. He’s now taking his love for writing and creating a novel featuring many different diverse characters, placing them in different scenarios and letting them run loose in his imaginative world.

What If One Plus One Is Not Two? - eBook