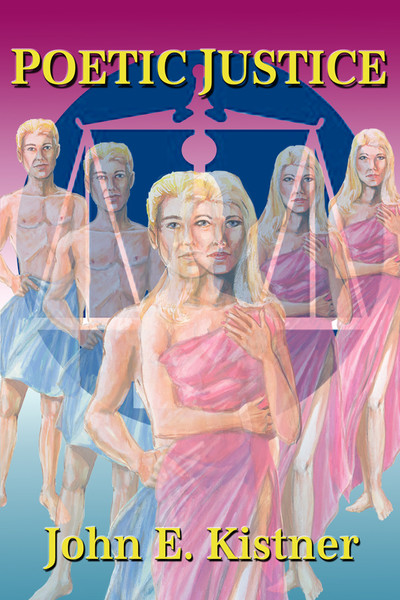 Stan Hardee, a known womanizer, is wrongly convicted of viciously stabbing a prostitute nine times, then robbing her. David, his attorney, is struggling to prove his innocence. But with a crooked judge who refuses to view key evidence and a jury who has been corrupted, Stan doesnt stand a chance and is sentencedin a matter of five minutesto death by lethal injection.

While in prison, waiting for an appeal on his sentence, Stan uses his womanizing skills to reel in, among others, the warden of the prison, who believes Stan is an honest, caring man who couldnt possibly have committed the murder. She hatches a plan to save Stan from death and hide his true identity when he goes back to the real world. But theres a catchStan must return as a woman.

With surprising twists and turns, Poetic Justice shows a sadistically humorous side of what it would actually be like to switch gendersin a way no one ever thought possible.

A retired LCDR in the U. S. Navy, John E. Kistner is also a graduate from Villanova University with a degree in English, and he also took graduate courses at the University of Northern Iowa and St. Edwards University. He lives in Austin, Texas, with his wife of fifty years and has three children and four grandchildren.

Mr. Kistner is a member of the American Legion and American Veterans & VFW. He enjoys writing plays, novels, and poetry, and he also enjoys playing golf, home design and construction, and traveling.