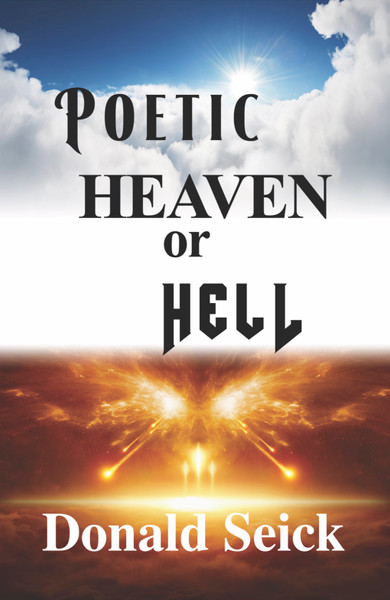 This book of poetry presents a thirty year collection of thoughts, both about life in the here and now and life in the hereafter. It shares the message of God’s forgiveness and seeks to awaken the spiritual beings in everyone.

Donald Seick comes from a family of six kids. His father, a Denver police officer, was killed in the line of duty when Donald was just five years old. His mother spent her childhood in Europe during World War II and was detained in a German camp. Seick works for a Texas Sheriff Department and has met many colorful characters who have inspired his writing. He was in the army and served in South Korea. He has lived in many places including Virginia Beach, Virginia;  Couer D’Alene, Idaho; and Juneau, Alaska.

From Heaven to Hell to Healed - eBook