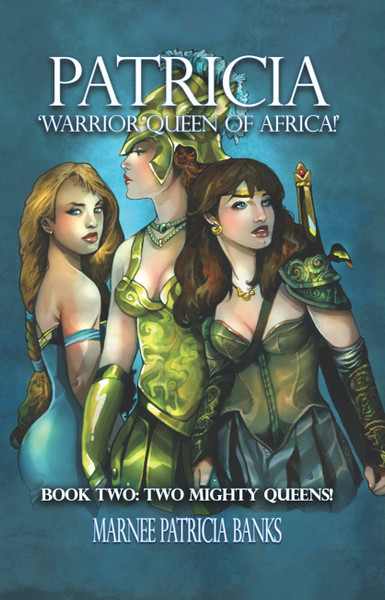 Patsy and Brie have returned in this thrilling sequel to Patricia, Warrior Queen of Africa! Now queens in their own right, they take guidance and wisdom from the great Goddess Athena in making a difference for the greater good in their ancient world.

After a terrible tragedy, Patsy returns to her home from Africa with Sasha, her newly adopted daughter, at her side. With the aide of Brie, Athena, Simba, and Sasha, Patsy learns to grieve and fight the darkness inside her, and to love again.

Filled with heroes and villains, time travel, romance, adventure, and family, Two Mighty Queens is a wild ride through the myths and legends of old as seen in an entirely new light.

Patricia “Warrior Queen of Africa”: Book One: The Beginning - eBook