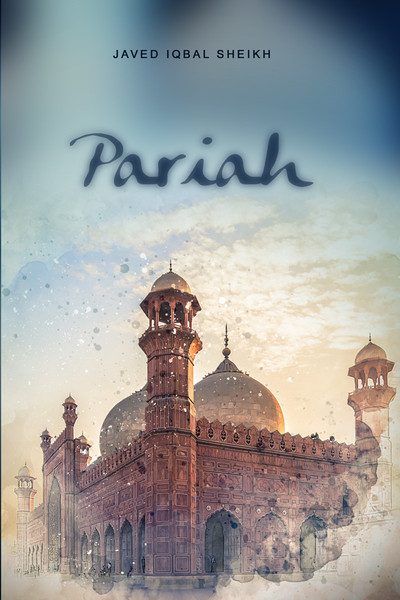 An active volcano has its own period of dormancy and eruptions – beyond the control of its victims.

The tyrant’s rule supposedly ended after the death of the military ruler in 1988. But, the people are still trying to find the ways to explain his impact on the culture and history of the nation. Despite the enormity of the loss of a generation, this is a country that still advocates a manipulator of the worst kind.

Like an epic poem, Pariah preaches love for humanity and God. It is a depiction of love bond within blood and beyond. It is a reflection on friendship and the story of an era, and how a nation keeps on living.

Author Javed Iqbal Sheikhborn in September, 1965. He serves as a member of the district judiciary of the province of Punjab (Pakistan) since 1997, and presently, works as an additional district and sessions judge. Prior to that, he practiced as lawyer for the period of six years. Sheikh's experience as district judiciary judge has taught him to value the blessing of a happy family. He is a happy husband and father of four. He has a passion for writing and poetry. The miseries people face in their lives has made him love his family and fellow humans even more.