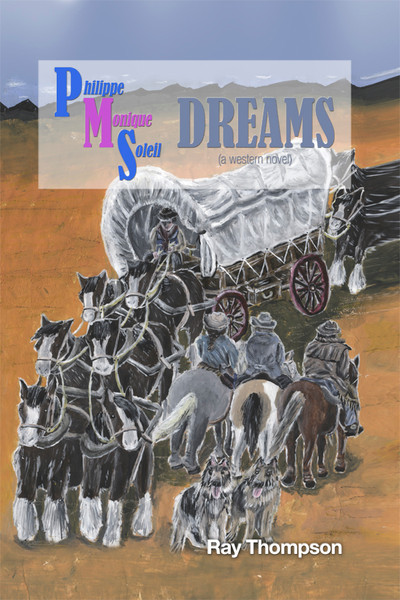 Phillipe, Monique and Soleil are raised together in unusual circumstances—among the opulent atmospheres of a Parisian bordello—and the inseparable trio grows up at odds with conventional society. Their fates take them west, to America, to New York. When the American Civil War comes crashing upon them from both sides, they escape west once more, to Utah. P. M. S. Dreams is a thrilling novel of Utopian dreams, and of rare brilliant individuals who refuse to be exploited, or to serve any master other than themselves.

Ray Thompson was born in a small town in southwest Oklahoma, to a gasoline transport driver and a café waitress. His father joined the Navy during WWII and defined Ray’s life. Before returning, he sent Ray a “Sailor Suit” from Hawaii. Upon donning it, Ray told his mother that when he grew up he would make the Navy his career. Four days after turning 17, while in his senior year of high school, he joined the Naval Reserve, and after graduation the following August he transferred to the “regular” Navy. He went on to serve a total of 29 years, 10 months and 17 days. Ray has had three wives (the first two are deceased) and raised four daughters. He’s now retired and lives in rural Arkansas with his third wife.