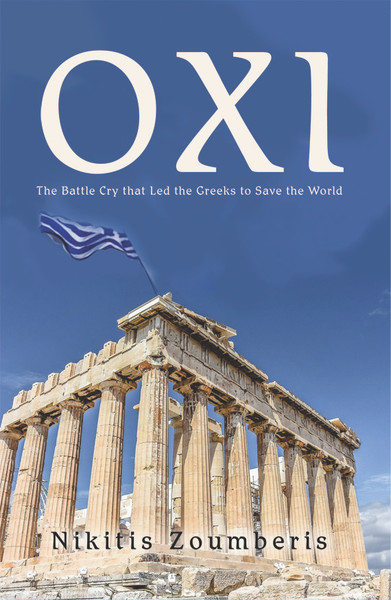 In October 1940, Italy invaded Greece. The Italians had far more men and weapons than Greece. However, the Greeks soundly defeated the Italians. Eventually, Hitler marched in March of 1941 with thousands of troops and weapons to capture Greece. Greece’s stand against the Axis powers changed the course of World War II. Their victory over Italy and the diversion of the German army provided time for Russian forces to prepare and overwhelm the Nazi army. Oxi is a story of perseverance and the belief in freedom that is so strong, one will die to maintain it for their people. We owe the Greeks an immense gratitude for their courage and determination during World War II, or else, the world would be entirely different today.

Nikitis Zoumberis is a seventy-one-year-old active attorney and is married to a retired nurse. Together they have a daughter, son, in-laws, and five grandchildren. He currently resides in Warner Robins, Georgia, and is a member of the Holy Cross Greek Orthodox Church and former county Democratic chairman. Zoumberis is an avid reader and obtained a degree in history at age sixty-nine in order to learn how to write a book. Oxi is dedicated to his father, who was a Greek veteran and prisoner-of-war.