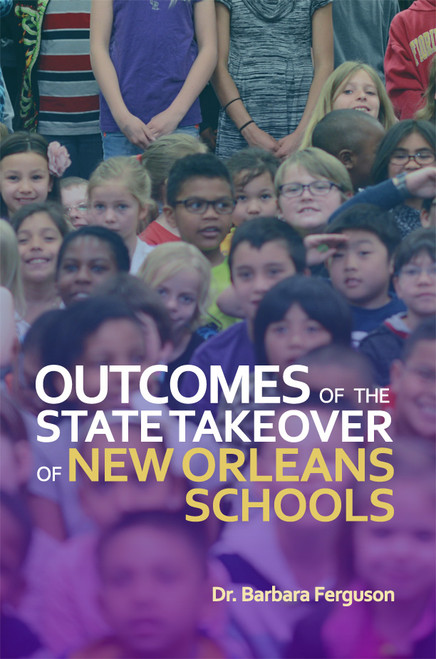 In 2005 the Louisiana education board took over 107 of New Orleans’s 120 schools due to performance scores below the state average. Most of the schools were converted to charter schools.

Although this takeover was perceived by the public to be a great success, Dr. Barbara Ferguson, a product of the New Orleans public school system herself, looks at the inequalities that resulted from the takeover. While public schools were required to educate all at-risk youth, the charter schools were able to expel or remove many of them, denying opportunities to many young people.

Dr. Ferguson provides recommendations for how to move forward by keeping what works and focusing on implementing policies based upon sound research on how students learn.

Dr. Barbara Ferguson had a long career in education, including as a teacher, an elementary principal, a high school principal, and a superintendent. She has a doctorate in education, as well as a juris doctorate. As an elementary school principal, she took one of the lowest performing of eighty-five elementary schools in New Orleans and helped it get into the top ten. She also worked as the Assistant Superintendent for Research and Development in the Louisiana Department of Education, and as a Deputy Secretary in the Department of Labor.

She has two children: one is an elementary school principal and one is a physician.