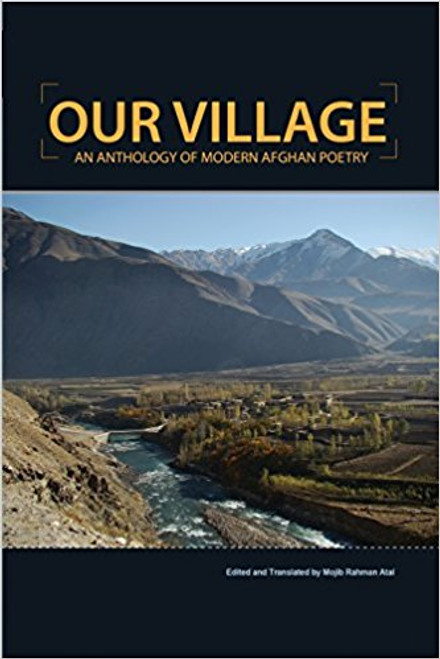 Our Village
by Mojib Rahman Atal

Our Village is a window to see Afghanistan through the eyes of its poets and photographers. This is not only a book, but a catalog of photos exposing the beauty of rural Afghanistan.

It is an anthology in which each poem reveals inequalities, imbroglios, pride, sympathy, nostalgia, and missing peace and stability in war-torn Afghanistan.

Already vastly popular in Afghanistan and surrounding areas, copies of Our Village have been requested to be mass produced.

Mojib Rahman Atal is an Afghan poet and writer, born in 1981 in Northern Kunduz province. He is writing for the Afghan publication in Dari and Pashto, the two official languages of Afghanistan. He is also a scriptwriter and director. He has directed and produced a documentary film about Croatia (Croatia Today, Engagement and Contribution in Afghanistan). He has studied political science and worked previously as political advisor with the German Consulate General in Mazar-e Sharif and moved to Germany as an emigrant after Taliban captured Kunduz city in late 2015.

Our Village is Atals second book after Heela (a collection of Pashto poems published in 2012), as an anthology of Modern Afghan Poetry in English.

Orphans: An Adventure Filled with Intrigue and Courage

Our Incredible Journey: 'Singing in His Spirit'