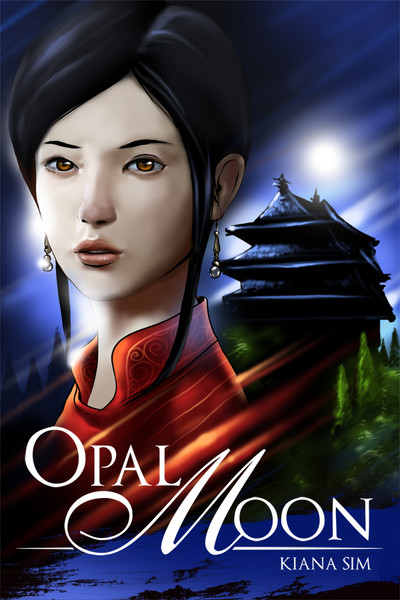 The land of China is under the rule of Emperor Kang-his. As an upright and efficient leader, he favors his fourth son, Yin-chen, a young man of upstanding character, over his corrupt heir apparent, Yin-jeng, who brings nothing but trouble to the family. The latest is an attempt by Yin-jeng on the life of Opal Moon, a teenage orphan girl whom Yin-chen rescues with the aid of his chamberlain.

Captivated by Opal Moons beauty, he takes her under his care and presents her as a boy to ensure her safety as his ward. But the pretense cannot suppress their feelings and they eventually give in to their hearts desires, setting off a course of events they could not have foreseen.

Kiana Sim was born in Southeast Asia, where she spent her teenage years. She pursued her schooling in Paris before going to America, where she attended the University of Michigan in Ann Arbor. She completed her studies, earning a Bachelor of Arts degree in education and foreign language from Barry University in Miami, Florida. Over the years, writing has been her most satisfying endeavor, and a contemporary mild thriller is her next project. She currently resides in the state of Washington.