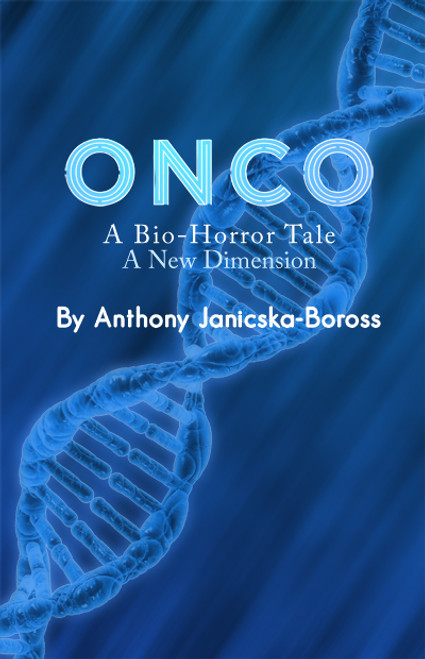 The world is at the cusp of Armageddon almost realised.... The year 2030 brings with it starving populations well in excess of fifteen billion. Half of whom are living day to day or dying day by day. By 2035, it is estimated that only 25 percent of the world population will have enough food, water, and medical care.

Onco portrays the very real and imminent spectre of humanity running out of essential resources, eventually precipitating global starvation and its consequences.

Janicska-Boross found a job as Cadet Executive in a civil construction company and commenced studies at a college. Working and studying seven days most weeks eventually took its toll on his marriages. Janicska-Boross continued to work while raising his five children mostly by himself.

Janicska-Boross rose to manage off-shore constructions of oil-gas platforms for a mechanical engineering company with a crew of 350 men. He has worked around on the world on his projects and has traveled throughout Europe, Asia, and Africa.

Though Janicska-Boross has written many papers for engineering journals and an autobiography of 700 pages, Onco is his first novel.

One Gambler's Road to Recovery