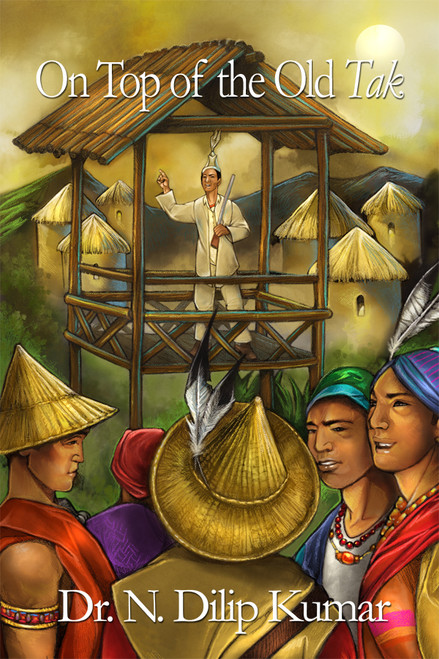 On Top of the Old Tak
by Dr. N. Dilip Kumar

Raghu, a poor dalit boy, grew up a product of deprived and impoverished village life in the small town of Rajanagaram in Southern India. Perhaps because he spent his formative years showered with the love and virtuous nature of his parents, he beat all odds, becoming a police officer.

Raghu becomes an illustrious officer, despite the crime and corruption-ridden society and policing structure. By the time he lands in Arunachal in the Eastern Himalayas, he finds Arunachal a cauldron of change. The ethnicity and age-old traditions of the tribes are at stake as insurgents work in tandem with Christian missionaries. The social equilibrium is disturbed in this new age.

On Top of the Old Tak offers several captivating travelogues, conveying the woes of the common man. On Top of the Old Tak also captures the turmoil of the times as cultures and ideals clash. Raghus is a struggle to maintainand in some cases bring about the return ofvirtue in a changing society. This is a story of the fight for emancipation from the forces of corruption. It is a tribute to the honest policemen who sacrifice.

Dr. N. Dilip Kumar was a police officer himself. He was transferred out of Goa in 1996. Many of his innovative tactics served to inspire the actions of his character, Raghu. In 2010, India Today, named him on the top 35 Action Heroes of India, pointing to his use of sting operations to aid in the prosecution of the corrupt government officials of Delhi. Aptly so, he was nicknamed, Mr. Inconvenient by corrupt politicians and bureaucrats alike.

Dr. Kumar does not believe in handling criminals with third-degree violence. Rather, he hits the roots of crime and focuses on reforming the criminal. It is no surprise then, that he has received admiration from even the convicted. His contributions effectively curbed narcotics activity in Goa.

After making notes of police-work for nearly 30 years, he has written a book based on his doctoral thesis titled, The History of Goa Police in addition to several academic articles. With On Top of the Old Tak, he has begun his venture into fiction. This book is a result of his firm anti-corruption stance and optimistic outlook toward change.