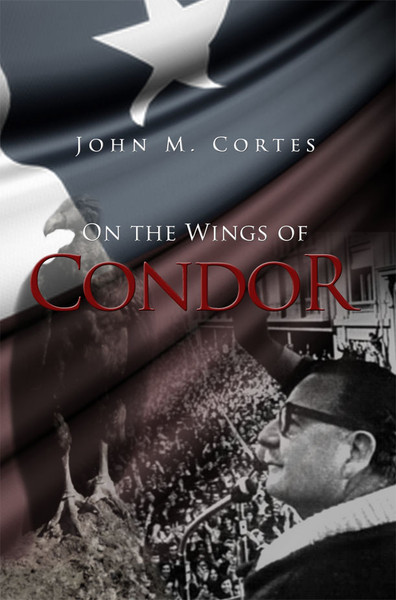 On the Wings of Condor
by John Cortes

In the 1970s, Chile is full of violence as a military coup topples the presidency of Salvador Allende and Augusto Pinochet takes over as the countrys leader. Author John M. Cortes, who had relationships with participants on both sides of the conflict, provides a fictional account of real people and events through the eyes of John Curtis, a U.S. diplomat in Chile when the coup begins.

As violence and murder become commonplace in Chile and his life is in danger, John must think about who he can trust as well as his own governments role in the violence. Can he trust CIA Agent Spencer, his best friend whose allegiances are often muddy? And is the U.S. intention of rooting out Communism and Marxism in South America sufficient justification for the violence that is happening in Chile? John must continually consider these questions as events lead him to become both a CIA agent and a member of the infamous Operation Condor.

John M. Cortes is a native of Chile who moved to the United States and became a U.S. citizen. He is an accomplished writer whose other novels include Ounce of Courage and Midnight at Lake Elsinore. In addition to his work as a manager at Del Real Foods, he serves as an elder with the Jehovahs Witnesses. He and his wife, Maver, have been married since 1966.