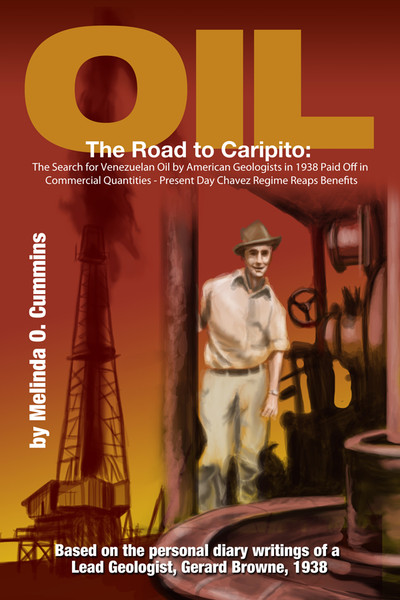 Oil: The Road to Caripito: The Search for Venezuelan Oil by American Geologists in 1938 Paid Off in Commercial Quantities - Present Day Chavez Regime Reaps Benefits
by Melinda O. Cummins

In the early 1900s, Americans embarked on an unprecedented expedition to Venezuela with the hopes of finding oil and the promise of a better America. Oil, The Road to Caripito tells the story of Gerard Browne, a geologist who ventured to South America in 1938 and discovered much more than oil on his journey. Brownes journal entries recall sunburned days, restless nights, backbreaking work, intense romance, and the many dangers of living and working in the Venezuelan wilderness.

Citing the successes of these men in times gone by, Oil, The Road to Caripito builds a case for returning the United States to its place as the top economic power through the abilities of the oil industry and American-founded resources. Share in Brownes unique experiences of a forgotten period in Americas history and you will come to understand the passion for the oil industry these brave men had during uncertain times not unlike the uncertain economic times Americans face today.

Melinda O. Cummins is the daughter-in-law of Gerard Browne. Born and raised in Jacksonville, Florida, Cummins earned her bachelors degree in Classical Civilizations from UCLA.

Upon discovering her father-in-laws diary of his time in Venezuela, she set out to tell his story and connect readers to Brownes enthusiasm for oil as an invaluable American resource.

Cummins currently works as a teacher and lives in Ponte Vedra Beach, Florida with her husband, Jerry.