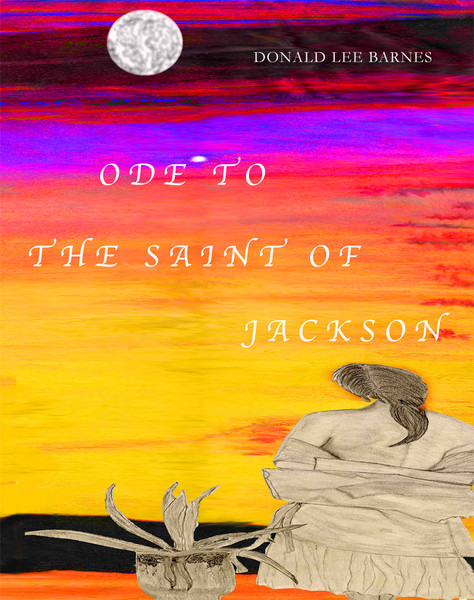 ODE TO THE SAINT OF JACKSON
by DONALD LEE BARNES

In 1972 Donald Lee Barnes walked into his barracks and heard an album being played. He said to himself, That is the way music should be played. He could hear the lyrics and music clearly. As he walked all the way to the end of the barracks, he found five or six people listening to Jackson Brownes first album, titled Saturate Before Using. They all looked at the album, and being a country bumpkin, Donald did not understand what it meant. So a kindred person explained to him about the album cover, which referenced a desert water bag. It had to be saturated with water on the outside of the bag before you filled it with water, so the water would remain cool inside of the bag. Everyone thought the symbolization of the water bag as a cover for the album was the coolest and cleverest thing they had ever seen. Donald became a Jackson Browne fan from that moment, and in 1976 he swore he would write like Jackson Browne, in the subject matter that he writes about. He needed to explain the truth completely in what he really meant, because through writing poetry it has been a moving experience. He has uncovered many emotional feelings within himself, influenced by other people, places, and things. Donald hopes that many people will enjoy the poetry that Jackson Browne had inspired him to write. He wrote his last poem the night before he submitted his manuscript to be published.

Donald Lee Barnes was born on April 18, 1954, at 10:10 P.M. in Malvern, Arkansas. He was in the Army at the age of seventeen from July 8, 1971, to July 8, 1974, with an honorable discharge upon leaving the service. He moved to Tampa, Florida, living there for thirteen years. His occupation for seven years was custom concrete swimming pool builder. He worked in all of the phases and also became a bobcat operator, which was used to do pre-grade and cleanups for swimming pools. He had an on-the-job injury on September 10, 1982.