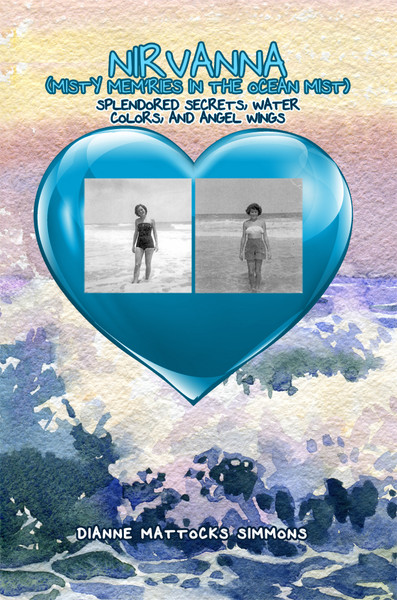 Dianne Mattocks Simmons chronicles memories of life from her childhood in a small southern town in the 1950s. She shares stories that reveal the challenges and joys she and her friends experienced together. Readers will enjoy her adventures with her group of friends, nicknamed the “Eight Apes,” as they have their first experiences of deep friendships and romantic love. They’ll also learn of a mysterious friend named Nirvanna and the profound effect she had on those around her.

Simmons brings readers into the world of a bygone era while chronicling first loves, games of spin the bottle, parties on the beach, and first heartbreaks. The stories demonstrate the power of relationships and also the influence of adults who love and support the young. Simmons’ memoir is sure to remind readers of their own pasts and special moments in their lives.

Dianne Mattocks Simmons was born in New Bern, North Carolina. Her family then moved to Jacksonville when she was a few months old. She graduated from Jacksonville High School in 1956, from Wake Forest College in 1960 with a bachelor’s degree in business education, and later a master’s in education from East Carolina University. She worked for WSJS Television in the promotion department, where she wrote a daily column for the Winston-Salem Journal and Winston-Salem Sentinel. Simmons also taught business education courses at Reynolds High School in Winston-Salem, North Carolina.

In 1963, Simmons moved back to Jacksonville to be closer to the coast. She continued to teach business education and was a business and technology teacher from 1963 until her retirement in 1999. She has traveled to Portugal, Spain, Principality of Monaco, Italy, Vatican City, Principality of San Marino, Isle of Capri, Austria, Principality of Liechtenstein, Switzerland, Germany, Belgium, France, England, Bermuda, Nassua, Freeport, and the Caribbean Islands.

Simmons’ hobbies have included dancing, baton twirling, swimming, snorkeling, water aerobics, and collecting seashells. She never misses a chance for a getaway afternoon to Topsail Island to walk the beach. She resides in her childhood home, caring for her two yard cats, Simba and Big Boy.