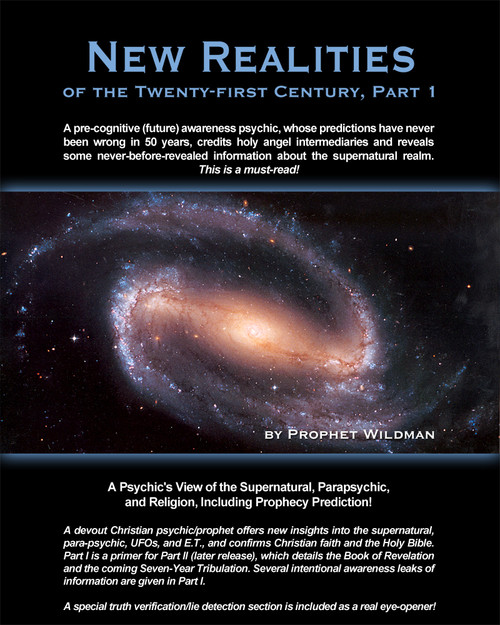 Wildmans deeply personal experiences, along with factual statements and others first-hand experiences, provide the reader with a comprehensive read that will strengthen ones faith in Christ and Christianity, while opening up rarely explored doors to the supernatural, psychic and parapsychic worlds.

Explore the unknown with Prophet Wildman as he weaves his unwavering Christian beliefs with everything from extraterrestrials and ultraterrestrials to vampires, U.F.Os, and government cover-ups. An open mind and a strong religious conviction are all thats needed to begin searching and discovering some of the biggest mysteries of our time.

As of 2008, having received Holy source/Holy subject messages in awareness regarding Tribulations approach, he is also a future fortelling predictive medium/intermediary with a lifetime of such on general subject and having a 100% fulfillment accuracy predictively, on more than eighty such episodes. Certainly these Holy sourced foretelling upon future Tribulation details are to be taken seriously! This book will share this informational awareness with you, and just might save your life physically, spiritually, or both. Prophet Wildman is a staunch advocate of Christian Bible-based faith, and Evangelist.

New Realities of the Twenty-first Century, Part 1: A Psychics View of the Supernatural, Parapsychic, and Religion, Including Prophecy Prediction! was born of these new awareness sent from Holy Angel and God. This book is the first part of a three part NON-FICTION.

REALITY IS AN ILLUSION - eBook

The Haters of Reality - eBook