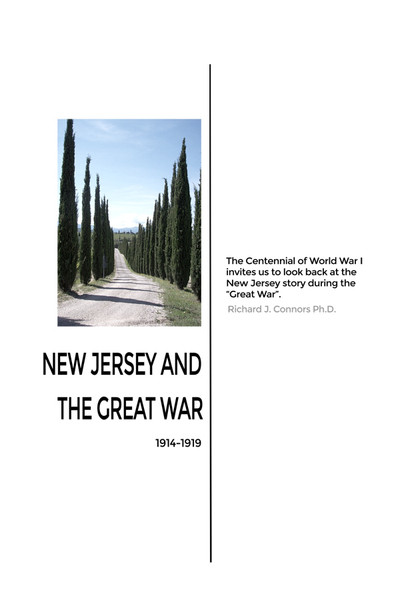 With this insightful analysis, Richard J. Connors Ph.D. commemorates the contribution of the State of New Jersey and its citizens on the centennial anniversary of World War I. Because of its coastal location and much-needed industry, New Jersey played a significant role both prior to and during Americas declared involvement.

Historical detail brings to life pre-war America and the daily lives of those who would sacrifice so much. From immigration to industry and infrastructure, we see the factors that contributed to the war effort. Well before Americas formal entry to the war, supplies and volunteers to European forces shaped public perception and involvement and laid the groundwork. Once war was declared, the bulk of New Jerseys National Guard units, draftees, and volunteers served in two US Army Divisions, the 29th and the 78th; their roles in particular are meticulously researched. New Jersey and the Great War offers a fresh look at the background and aftermath of a state uniquely poised in its preparation for world-wide war.