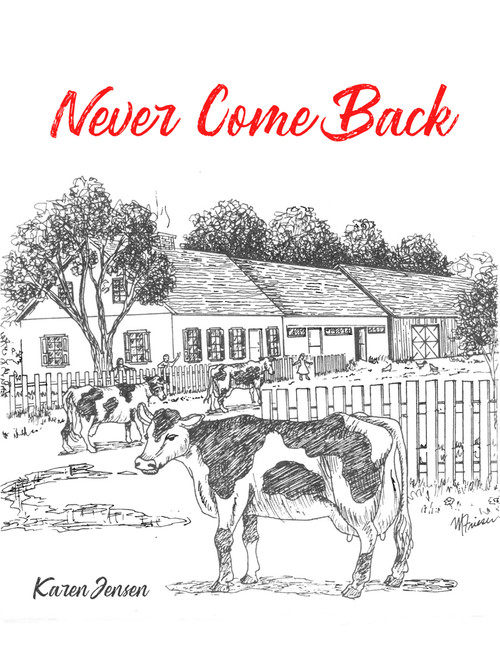 Never Come Back is a gold mine of anthropological/sociological information about a very distinct social-religious group of people. The determination with which these Mennonites faced and overcame countless obstacles is a wonder and inspiration.

Follow Karen Jensen as she painstakingly uncovers her Mennonite roots in Prussia and Russia. It is an exciting story, not because it is a well-written novel, but because it is true!

Karen Jensen grew up knowing she was living proof of her family’s miraculous survival. In Never Come Back, she shares her family’s extraordinary tale of deliverance and hope.

In 1909, Aaron and Susanna Rempel were enjoying a peaceful life in Gnadenfeld, a Mennonite village in Russia. While wealthy, owning the first car the village had ever seen, the young family personified the Mennonite values of pacifism, hard work, and community. But World War I and Communist uprisings bankrupted the family, forcing them to Siberia. Despite being loyal citizens for a century, the Mennonites were at the mercy of the vicious Cheka secret police, the brutal Red Army, and savage bandits.

Desperate to save his family, Aaron agreed to enlist in the Red Army in order to move his family back to Gnadenfeld. The family braved the deadly journey only to discover life in their village was just as brutal – neighbor betrayed neighbor and disease and famine were rampant. The Rempel family struggled to maintain their culture, but under the Bolshevik government, their lives were repeatedly threatened. In 1922, they began the long process of immigrating to America – a land of hope and freedom, but a journey that would be even more dangerous than what had come before.

Rich with details of daily life as well as the horrors of war and Communism, Never Come Back is an intimate look at one family’s survival during the catastrophes of war and revolution.

Karen Jensen grew up hearing about how her pacifist Grandfather Aaron Rempel became a Russian officer to save his life and the lives of his wife and children. Her mother, Gonja, began writing the story before her death. Jensen took over for her mother and this book was born from her family’s audio interviews, memoirs, diaries, and genealogies. Never Come Back shares the many mercies her family received from God.

Jensen lives with her husband and three cats in Prescott, Arizona. She enjoys the beautiful nature and the history of Wyatt Earp and Doc Holliday in the area.