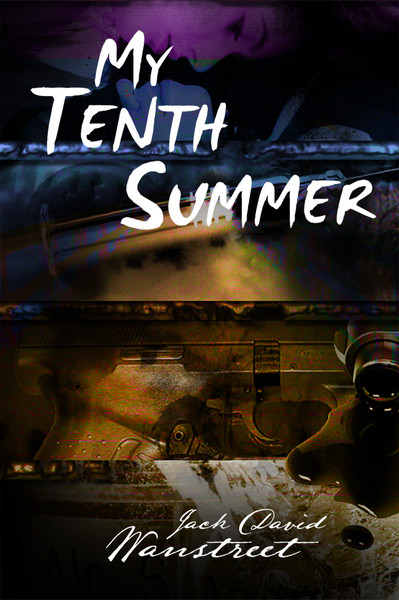 My Tenth Summer
by Jack Wanstreet

After his fathers death, young Jack Streets takes on a paper route to earn a little extra money to help out his family. But when the neighbor of his last customer decides he wants a free paper and lets loose this leg-biting dog, young Jack decides to eliminate the dog by any means possible. And when he brings his fathers pistol along, in hopes of only scaring the dog and its owner, things get terribly out of control, and little Jackie Streets ends up on the run from not only the local police, but also from the people trying to molest him, hurt him, use him, and kill him.

From his home in Santa Ana, California, to the high desert of San Bernardino County, Jack is faced with all walks of life. From the homeless to the homicidal, car thieves, and drug runners, he learns the hard way who is a friend and who isnt, and he is pushed into making decisions he normally wouldnt make, like when to kill.

Jack David Wanstreet is an extremely motivated adventurer. He likes places no one has ever heard of before. He is an avid reader of adventure stories and he loves action films.

Jack is a father to two boys, who have left the nest, and he misses them every day. Jack lives not only for the moment, but also for the future. He lives life for the excitement it holds, and he writes his stories to share his adventures with others.

My Summers in the Catskills - eBook

My Summers in the Catskills

Your Guide in Youth Sports

THERE'S A MOUSE IN MY HOUSE!!