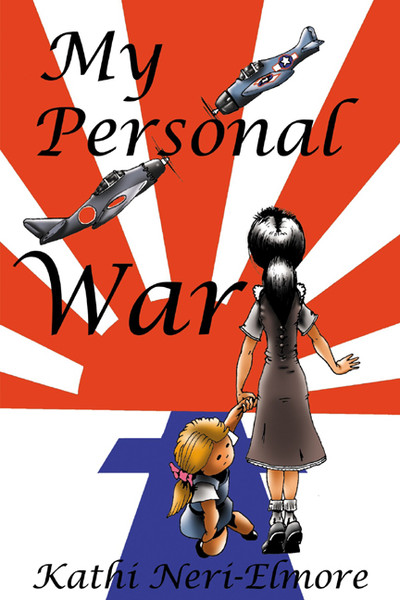 by Kathy Neri-Elmore As a child, Kathi finds herself in Solsona, a primitive town in the Philippine Islands. American by birth, she has to learn the local dialect as part of her education. Most of the time, Solsona is a peaceful idyllic place, but it is the early days of World War II and the Japanese Imperial Army invades the islands and occupies Solsona. The Solsonians are subject to forced labor, sexual abuse, and public torture and executions, which even the children are forced to attend. The young are subject to enemy indoctrination and made to learn Japanese language and writing. Kathis grandfather becomes her father figure, teaching her that faith in God is the most important factor in life, and the only thing that can pacify the distressed emotions accompanying the strife Solsonas citizens are in. ABOUT THE AUTHOR A native of Sacramento, California, Kathi Neri-Elmore traveled to the Philippine Islands when she was five years old with her brother and mother. They found themselves unable to return to the United States because of the onset of World War II. After her return to America, she retired to her hometown after working as an entertainer and pianist-vocalist for several years, a vocation that took her to many different venues. She still works occasionally with her husband, jazz trumpeter Duane Elmore. (2004, paperback, 32 pages)

Letters From My Father - The Battle of the Brenner: World War ll - eBook

Letters From My Father - The Battle of the Brenner: World War ll